How we grew traffic at Charitable Impact by 24.75% basically overnight

Charitable Impact is a platform that lets people, companies, or groups of people give to any of the 85k registered charities in Canada. Charitable Impact will process the donation, issue a tax receipt, and forward on a check or ACH to the charity minus its ~5% fees.

In 2012, we were trying to grow traffic. I had been reading a lot of Patrick McKenzie’s marketing tactics at the time, and realized we had a large SEO opportunity sitting in front of our noses.

We had public domain data about 85k Canadian charities. When a Canadian charity files their tax return, they file what’s called a T3010 form. This form has data like:

I realized that we could use this data to create a landing page for each of the 85k Canadian charities.

The key points we wanted to hit on for the Landing Page templates were:

I also realized we could use the categories each charity belonged to to generate what we called “Category Landing Pages” (e.g. a page listing “Homeless charities in Toronto”.)

This resulted in another 40k landing pages.

The key points we wanted to hit on for the Category Landing Pages were:

Here’s what the category landing page ended up looking like: 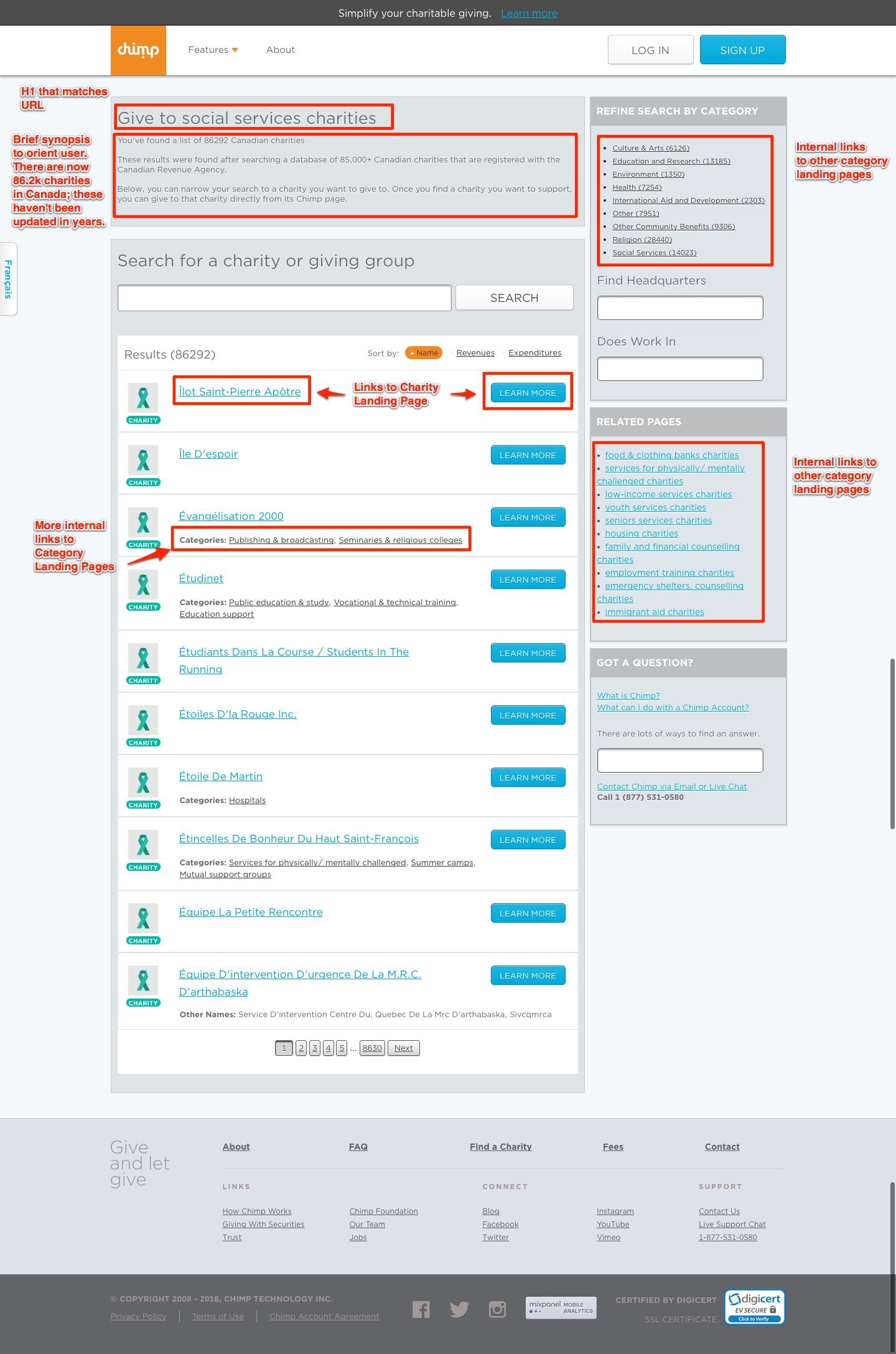 We also made all 125k pages available in sitemap.xml so crawlers would pick them up.

I like to measure results for launched features to know if they’re working. Sometimes it’s harder to isolate the impact of a specific feature. In this case, it was easy - we just looked at the traffic to these pages in Google Analytics.

This 24.75% lift in traffic is effectively “found” traffic which we wouldn’t have had gotten if we hadn’t built these pages.

1 Sadly I'm not allowed to share the Google Analytics screenshot. But suffice to say, it was up and to the right 📈